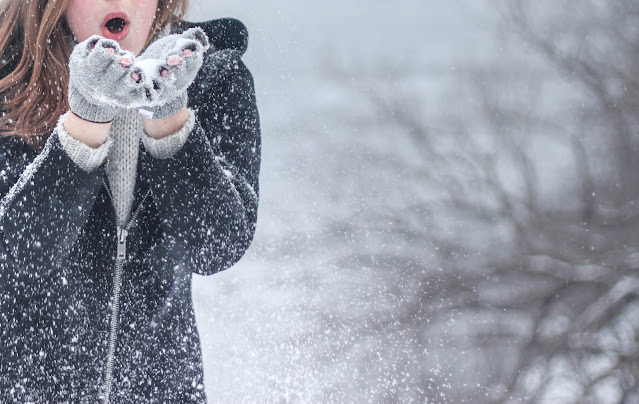 Is it Safe to Eat Snow?

One way to eat snow is to take a mouthful while yard-saling down a double black diamond. However, more deliberate techniques are also popular, such as using it as an ice cream base, ingesting mouthfuls of it for hydration, or chilling a cocktail. Nonetheless, most of us would not drink rainwater without first filtering it. Is there something special about snow?

Before you go to the snow buffet, there are a few things you should know about its safety.

The clean appearance of snow might be deceiving. We’ve all heard of acid rain, but acid snow is less well-known. Snow should, in principle, be cleaner than rain because of how it forms, according to Fengjing Liu, a hydrologist and biogeochemistry at Michigan Tech. “Few pollutants fit into ice crystals during their creation,” he adds, adding that the process of super cooling water at low temperatures can operate as a filtration system, driving impurities out.

Then there’s the whole crashing-to-earth issue. Because of its bigger surface area and slower velocity, snow looks to be a stronger collector of heavy metals and other contaminants in the atmosphere than rainfall, according to Director of Montana State University’s Snow and Avalanche Laboratory, Jordy Hendrikx.

Both Liu and Hendrik claim that eating new snow in small amounts is rather safe. Hendrikx also says he feeds it to his kids while skiing in the Rockies. However, there are certain limitations. “I do want to emphasize that chemical concentrations in long-lasting snow, referred to as snowpack, will rise considerably as a result of climate change.” adopting the dry deposition,” Liu adds. Dry deposition refers to dust and pollution particles in the air that settle in the snow over time. The chemicals will build up the longer it sits. A week’s worth of snow isn’t a tasty snack.

Location is also important. According to Hendrikx, snow in urban areas is more likely to be polluted than new powder in remote mountains. However, this does not imply that the mountain snow is perfect. “Think about it,” Hendrikx says, “the air masses that are moving around [bringing in weather and snow] are coming from a long distance away.” So, while the air over your ski chalet may be cleaner than the air over Los Angeles, don’t think the storm heading your way hasn’t traveled through L.A. on its route to your door.

You would imagine that snow at higher elevations is cleaner, but this isn’t always the case. “On Everest, there was a study that started at Base Camp and proceeded up to 7,800 meters, taking snow samples every few hundred meters,” Hendrikx explains. They looked at heavy metal concentrations and discovered that they weren’t necessarily lower at higher elevations.

Drinking fresh snowmelt runoff, according to Liu, is dangerous. He attributes this to something termed a “iconic pulse.” When snow melts, a natural phenomena happens in which the chemicals packed into the snow are swiftly released. As a result, the first snowmelt is significantly higher in hazardous compounds than a mouthful of new powder. If you’re in a pinch and need to rehydrate, melt a bucket of snow rather than drinking the water streaming down the mountainside.

Finally, while this may seem obvious, colored snow is never a good idea. Sure, we all know how yellow snow obtained that color (hint: it’s pee), but Liu has also seen crimson snow. “If microbes pollute snow, it could shift color,” he says.

Now that you know the principles, what can you do with some fluffy, fresh powder that screams to be swallowed? Here are a few of my personal favorites.

Is it possible to become sick by eating snow?

The majority of people have strong immune systems and do not consume enough snow to be affected. Others may get an upset stomach and diarrhea. Someone who consumes a huge amount of snow, especially snow contaminated to a high degree, may become quite ill.

Why should you avoid eating snow?

According to Dr. Parisa Ariya, a professor at McGill University in Canada, snow in cities can absorb hazardous and carcinogenic chemicals, and the snow itself, when combined with those pollutants, can unleash even more deadly substances.

Is snow good or bad?

Nolin, a climate scientist who studies snow and ice, claims that most snow is as clean as any drinking water. To get from a cloud to the ground, freezing water molecules must cling to dust or pollen particles to create ice crystals, which then expand into snowflakes in a process known as deposition.

What makes you want to eat snow?

Pica is an eating disorder in which patients eat nonfood things such as ice, mud, paper, ash, or dirt excessively. Pica is a kind of pagophagia. It requires regularly consuming ice, snow, or ice water. Pica sufferers aren’t forced to eat ice due to a medical condition like anemia.

Does Eating Snow Dehydrate You?

Because snow is made entirely of water, you might consider using it to rehydrate. Because of a variety of variables, snow does not hydrate like water. Let’s talk about them right now!

Are parasites present in snow?

So, while it may appear “clean,” even seemingly unpolluted snow has picked up toxins from the air, such as car exhaust or pesticides. Even though dirt or animal droppings aren’t visible in the snow, the wind carries microscopic particles around, which can lead to bacterial infections or parasites like roundworms.

Is it possible to consume your own feces?

Eating excrement is “minimally harmful,” according to the Illinois Poison Center. Poop, on the other hand, contains germs that are often seen in the intestines. While these bacteria are harmless in your intestines, they should not be consumed through your mouth.

What Does Dehydration Mean?

It is a condition in which your body loses more fluids than you consume (due to diarrhea or vomiting). Dehydration can cause the following symptoms:

So, why does snow or ice make you thirsty?

Eating snow is not the same as drinking water, contrary to popular belief. You are consuming water in a solid form when you eat snow or ice, and you must first melt it down, which requires energy. Your system is already overburdened when you’re unwell or dehydrated. Because your body requires more fluids to turn ice to water, consuming snow can contribute to dehydration.

Furthermore, the structure of snow is such that it tends to capture air pollutants and other contaminants in the environment as it falls. When snow reaches the ground, it is completely unfit for human consumption.

Eating snow can also lead to hypothermia, a condition in which your body loses heat faster than it produces. This causes a rapid drop in your body temperature, which can be fatal.

Eating ice or snow can cause wounds on your lips and tongue. Overall, eating snow or ice is not a smart idea, especially in cold weather. 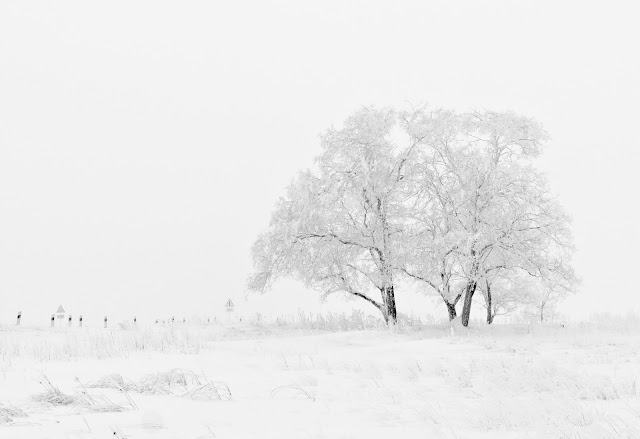 How do you hydrate yourself with snow or ice?

So you’re thirsty, you’ve depleted your water supply, and you need to rehydrate to stay alive. What hydration alternatives do you have?

The wisest course of action is to

It’s possible that you won’t always have the necessary equipment to melt the ice or snow. What are your options in this situation? Fill a water bottle or other container with snow and place it inside your cold-weather gear near to your body.

The ice will progressively melt and change into water as a result of your body heat. When doing this, keep in mind that chilly temperatures can cause injury and hypothermia. If you have no other choice but to consume snow, take it carefully after putting it in your mouth.

This gives your body ample time to adjust the temperature of the snow to match your own. Never chomp down on snow in a hurry. Ice is the same way. If you wish to hydrate with ice, take little bites at a time.

Is it possible to become dehydrated in the snow?

Dehydration is often associated with hot summer days or overexertion in hot and humid settings. Dehydration isn’t just a problem in hot weather. Even in chilly conditions, you might become dehydrated.

Is it possible to hydrate by eating ice?

Does Chewing Ice Help You Stay Hydrated? Chewing and swallowing ice provides the same hydration benefits as drinking water. However, because ice cubes are low in water, you’re unlikely to consume enough ice in a day to stay hydrated.

What happens if you consume a large amount of snow?

The majority of people have strong immune systems and do not consume enough snow to be affected. Others may get an upset stomach and diarrhea. Johnson believes that someone who consumes a lot of snow, particularly snow with a lot of contamination, could become quite unwell.

Although freshly melted snow is generally regarded safe to drink without further treatment, it should not be presumed that water is safe to drink simply because it is frozen. Use the same caution with melting ice as you would with standing water, and boil the water for 10 minutes if in doubt.

What toxins can be found in snow?

To estimate the number of pollutants absorbed by the snow, researchers analyzed organic carbon as well as quantities of harmful pollutants such as benzene, toluene, ethylbenzene, and xylenes in the snow before, during, and after each experimental run. Snow is still wonderful; just don’t eat it!

Is it possible to become sick by eating snow?

The Great News On the plus side, the amount of pollutants gathered by snow is so minimal that a handful of the fluffy white stuff is safe to eat. One researcher supported this assertion by stating that she would not prevent her child from eating snow. Contaminants can be found in water, food, and the air.

It is fine for dogs to eat tiny amounts of snow as long as it is clean. Toxic chemicals, such as ice melt or antifreeze, that may contaminate the snow are the main threat. In addition, eating a lot of snow might cause your dog’s body temperature to drop dangerously low.

Is there bacteria in snow?

The most prevalent bacteria detected in snow, according to experts, is Pseudomonas syringae, which may be hazardous to plants but has not been found to affect humans.

Although freshly melted snow is generally regarded safe to drink without further treatment, it should not be presumed that water is safe to drink simply because it is frozen. Use the same caution with melting ice as you would with standing water, and boil the water for 10 minutes if in doubt.

Is yellow snow safe to eat?

Because yellow snow gets its color from urine, it’s preferable not to eat it. Contact with pigments from falling leaves, pollen, dust, sand, and air pollution can cause snow to turn yellow.

Always use white snow while eating it or melting it for drinking. While pink or watermelon snow is appealing, it is a breeding ground for algae and can be harmful if swallowed. Furthermore, dirty snow is, well, dirty and dangerous.

Although eating fresh, clean snow won’t kill you, it will dehydrate you. Contrary to popular belief, it does not aid in the restoration of lost body fluids. Fluids are your greatest bet when it comes to hydration.