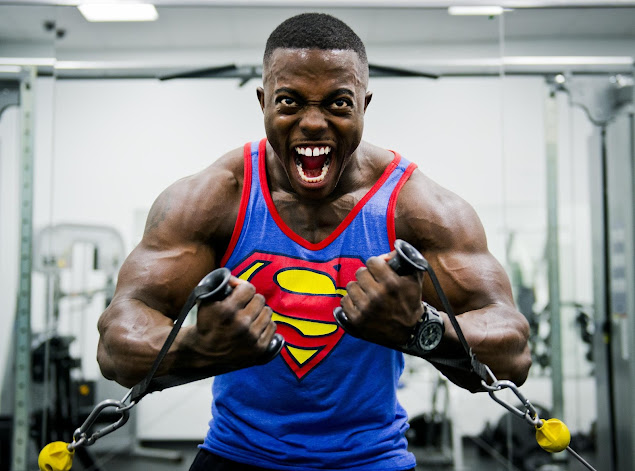 Calisthenics vs. Bodybuilding: Which is better for bodybuilders?

There has always been competition between the two, and they are both vying for your attention. Bodybuilding and calisthenics are two of the most popular and appealing methods of exercise. They both shape the body, increase muscle mass, and make you stronger.

Continue reading to learn how these two training styles compare, what we like about each, and which approach is best for most people.

The main distinction between bodybuilding training and calisthenics is how the muscles are loaded.

Bodybuilding is based on weight training, which is a type of resistance training that uses external load from weights. This typically consists of barbells, dumbbells, and constant-tension machines such as cable stacks.

Calisthenics, on the other hand, employs a combination of bodyweight and leverage. The loading is less visible, but it is easier to adjust on the fly by simply changing body position. It also progresses in complexity as easier variants are replaced with harder ones, such as a press-up being replaced by a decline.

Bodybuilding vs. Calisthenics: Muscle vs. Skill?

The main distinction between this type of loading and others is the balance of skill and muscle development.

Bodybuilding is less skill-focused but faster, emphasizing muscles over movements. External loading is also easier to track and improve over time, allowing for the progressive overload that allows for muscle growth and strength-building.

Callisthenics takes the opposite approach. Callisthenics has a more accessible progression that does not require any equipment, but it is more difficult to record and plan for yourself – without a coach.

There is also a greater emphasis – and demand – in calisthenics for mobility and control.

Bodybuilding has a lower entry barrier, but it does not develop these factors unless you deliberately practice them. It’s a minor shift, but it adds another distinction between the two.

The best thing about traditional weightlifting exercises is that they are quick, simple to learn, and provide clear progression. This makes it a great place to start building a better body and improving your fitness, and it’s very accessible even if you don’t have a coach.

Bodybuilding is also closely related to rehabilitation, strength training, and other benefits.

This makes it one of the most popular and effective ways for the average person to begin – and it usually only takes a few minutes.

Bodybuilding training also emphasizes the importance of diet, rest, and sleep quality. These are important factors in muscle growth and fat loss, making it an excellent way to educate yourself about your body as you progress and improve your physique.

Calisthenics Training Using Only Your Bodyweight

The advantages of calisthenics training are more subtle than those of bodybuilding. It will still allow you to gain muscle – especially in the beginning – but it will also allow you to improve your coordination, balance, and movement control. These are possible in bodybuilding but are given less importance.

Calisthenics training includes a variety of movement and skill-focused exercises. These are excellent for developing body awareness and control, which are important for both functional reasons and muscle building.

Bodybuilding typically falls short in these areas, leaving you with gaps in your physique if you’re not careful.

Calisthenics is also less demanding and requires less equipment, making it possible to train more frequently and with less time and investment.

The trade-off is that you must be extremely precise with movement. To get off to a good start, you must be mobile. Progressing through movement complexity can be difficult (unlike bodybuilding’s “add more reps, sets, or weight”). 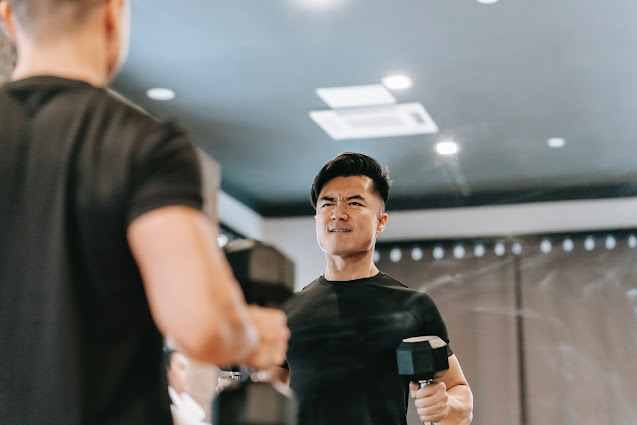 Can You Do Both Bodybuilding and Calisthenics?

If you can, you should combine bodybuilding and calisthenics. Both provide distinct advantages, and you can use either to build muscle or to reinforce skills. They complement each other perfectly for an attractive and well-prepared physique.

Why would you ever need to choose between bodybuilding and calisthenics, is the real question. While we’ve discussed comparisons, there’s no reason to rule out either.

Calisthenics exercises include pull-ups, dips, and a variety of core exercises. These are some of the most popular types of bodybuilding training, and adding weight to dips and pull-ups can be one of the most effective ways to build upper-body muscle.

While calisthenics lacks effective options for some muscle groups, it is an excellent way to gain muscle, improve coordination, and condition joints for the future.

It’s also one of the best ways to strengthen your muscles, learn new skills, and improve your mind-muscle connection in practical ways.

Calisthenics for Bodybuilding: How to Use Them

So, how do you use calisthenics to build muscle?

To get the most out of your workouts, you can combine both the weight training of bodybuilding and the bodyweight exercise of calisthenics.

Pull-ups are one of the best exercises for improving your V-taper and back width. It’s an effective lat-building exercise that also works the biceps, grip, and other scalp muscles.

Chin-ups are a little easier and have a bicep focus that can be beneficial. The emphasis on arms can make it easier to build larger guns, making it a popular option for building the entire upper body.

Dips are one of (if not the) best chest exercises because they are a full-body exercise that maximizes stretch-mediated strength. This makes them one of the quickest ways to build muscle in the chest, shoulders, and triceps – even faster when weight is added.

Ring push-ups and ring rows are two of the best exercises for developing full-bodyweight strength and mass.

They’re ideal for building overall strength and muscle mass around the shoulder joint, especially after heavier exercises like bench press and weighted dips.

Calisthenics bodies have an exaggerated V-taper but a weak lower body, whereas bodybuilding typically develops both the upper and lower body.

Calisthenics is notoriously ineffective for lower body development, and some muscle groups (such as the hamstrings and lower back muscles) are difficult to develop using only bodyweight. Bodybuilding takes a more comprehensive approach to the physique, with more options for weight training.

Calisthenics students are stronger than bodybuilders.

Calisthenics trainees are typically not stronger than competitive bodybuilders, despite having better coordination and strength-endurance in some movements. Calisthenics training will make you stronger while leaving significant weaknesses, particularly in the lower body and lower back muscles.

Calisthenics will strengthen you in some key positions, but comparing strength between calisthenics and bodybuilding is difficult. Which is the strongest will be determined by the strength test used.

Should Bodybuilders Engage in Calisthenics?

Bodybuilders should perform calisthenics exercises such as dips, pull-ups, ring exercises, and core exercises. These bodyweight variations are excellent for strengthening muscles and joints, keeping the body healthy, and developing a well-rounded physique.

They’re also great options for most workout programs and provide an opportunity to improve movement quality, which is often overlooked in bodybuilding.

Why are bodybuilders so opposed to calisthenics?

Most bodybuilders don’t despise calisthenics or their trainees – the two have a good relationship. Individual practitioners or trainees who have a bad or one-size-fits-all attitude toward training are usually the ones who dislike calisthenics.

Bodybuilders and calisthenics practitioners may regard each other’s training styles as ridiculous. It is not often that it becomes a source of hatred. 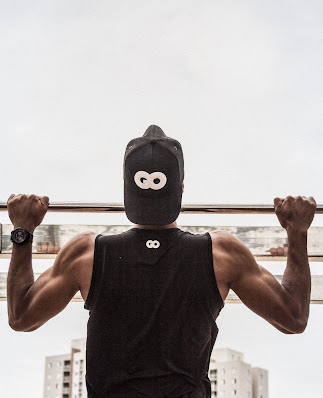 Is Calisthenics Beneficial for Skinny Guys?

Calisthenics is beneficial for skinny guys because they will be able to gain strength and develop faster than heavier guys.

The lighter body weight makes calisthenics much easier, and skinny guys can more effectively develop basic and intermediate skills (because it requires less strength to support their smaller body weight).

Calisthenics is one method of increasing upper body muscle mass. However, it will not be as effective for “bulking” as bodybuilding or other weight-training methods, which have fewer progress limitations (such as complex skills or balance) and more total-body muscle growth (especially in the lower body).

Our Opinion on Bodybuilding vs. Calisthenics

In terms of directness, we prefer bodybuilding over calisthenics.

If you want to gain muscle mass, bodybuilding is a better option. It’s a more straightforward and approachable way to get in shape, improve your body composition, and make progress toward your personal goals.

The measurability of weighted strength training, the emphasis on diet that comes with bodybuilding, and the education process are all significant advantages.

Bodybuilding does not provide as time-consuming and technically limited an approach. It’s far easier to gradually add weight to a bar or dumbbell than to work through calisthenics progressions – especially without a coach.

Are bodybuilders stronger than calisthenics?

Calisthenics training, on the other hand, will give you a superior strength-to-mass ratio, more functional strength, and a slimmer body than bodybuilding.

Is it preferable to do calisthenics or bodybuilding?

If you want to grow your muscle mass (size) and improve your general strength, go for a bodybuilding workout. When it comes to weight loss, calisthenics activities are preferable than bodyweight exercises since they burn more calories.

Is calisthenics a better way to gain muscle than the gym?

Calisthenics has the advantage of using complex exercises. This means that it engages numerous muscle groups at the same time. It necessitates a lot of activity and so allows you to burn a lot of calories in a short amount of time. As a result, there is less body fat and more muscle definition.

Is it possible to gain muscle merely by doing calisthenics?

This is a question we are frequently asked. “Of course you can,” is the basic and straightforward answer. The longer answer to how to grow muscle with calisthenics requires more explanation and context as to why, how, and whether or not building muscle should be your objective.

Why do bodybuilders seem so frail?

Bodybuilders are weaker than powerlifters because they focus on creating the largest muscles possible rather than lifting the heaviest weight feasible. Strength and hypertrophy are frequently associated. The notion is that as you gain stronger, your muscles will get larger.

Are guys who do calisthenics strong?

Because calisthenics are a terrible strategy for increasing strength unless you are quite weak, it is highly improbable. Strength is the ability to generate force in the face of opposition. The world’s best and strongest powerlifters can generate far more force than the world’s best or strongest calisthenics competitor. As a result, they’re more powerful.

Bodybuilding is more direct than calisthenics for muscle growth, but calisthenics has other advantages, such as skill development.

The two can complement each other perfectly and overlap in areas such as the pull-up and dip, as well as simpler exercises that build skill, joint health, and great muscle.

If you respect what each training style excels at, combining bodyweight and calisthenics will yield the best results. Remember that you will only lose gains at the extremes of either muscle mass being a hindrance or the skill demands of calisthenics being too high.