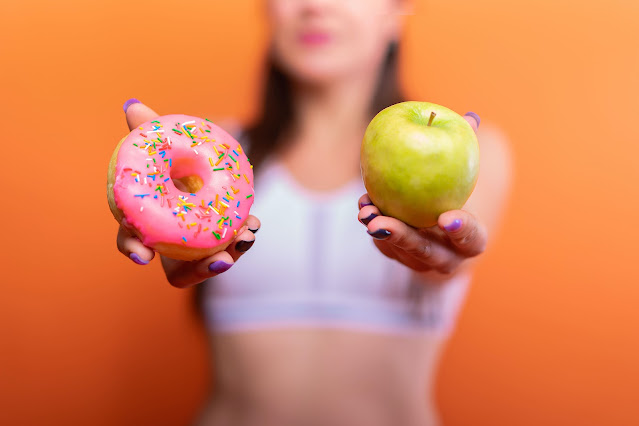 Yohimbine: The Complete Guide to Dosage, Effects, and Weight Loss

Are you at a loss for what to do about the last ten pounds of stubborn belly fat? Is your caffeine tolerance so high that you need a whole pot of coffee or three scoops of pre-workout to feel energized and satisfied?

What if I told you there’s a compound that acts on various metabolic pathways in the body to increase blood flow to your hands, feet, and reproductive organs while also burning fat?

Yohimbine is a chemical found in the bark of the Yohimbe tree (Pausinystalia yohimbe), a central and western African evergreen tree. Yohimbine is a powerful stimulant and antagonist of the alpha-2 adrenergic receptor.

Yohimbine raises adrenaline levels in the bloodstream and blocks these alpha-2 receptors, turning the fat-burning switch on. Yohimbine in moderate doses increases blood flow to the skin’s surface, upper, and lower extremities (e.g. hands and feet).

The powerful effects of yohimbine on blood flow explain why it’s been used in traditional African medicine to increase sexual desire in both genders and improve the strength of male erections. The powerful stimulant properties of yohimbine may help athletes perform better on and off the field. Yohimbine is quickly absorbed and excreted by the body.

This compound is available as a stand-alone capsule, tablet, or tea ingredient, as well as a component of popular pre-workouts and fat burners. Yohimbine is not for everyone; even in moderate doses, it can increase the frequency and severity of panic attacks in high-anxiety people, interfere with medications, and cause headaches, dizziness, and nausea, among other side effects.

Yohimbine is a fat-burning supplement that is used by both men and women to increase fat burning without compromising lean mass. It appears to be most effective when consumed while fasting. Males use it to improve penile blood flow and the quality of their erections.

In both cases, yohimbine hydrochloride (HCL) is the most commonly used form of this compound. It’s available as a stand-alone tablet or capsule, as well as in pre-workout and fat-burning supplements.

Yohimbine HCL is a chemically synthesized form of yohimbine that is not only more cost-effective than Yohimbe bark extract, but also more pure and potent. Products containing yohimbine extracted from yohimbine bark or dried yohimbine bark steeped in hot water may be preferred by those seeking a more natural approach.

Yohimbine HCL at a dose of 0.2 milligrams per kilogram of bodyweight, taken on an empty stomach right after waking or in between meals, increases fat oxidation without causing undesirable side effects like high blood pressure or a racing heart. Based on your weight and the recommended dosage, the table below shows how many 2.5mg yohimbine HCL capsules you should take:

Males taking yohimbine HCL for pro-erectile benefits should take 5.4mg to 6mg three times per day, but don’t expect to see results for two to three weeks after consistent dosing. [4] Not all men will benefit from this, so if you don’t see a difference after four weeks of consistent dosing, you should consider stopping supplementation.

As with any supplement, start with a low dose and gradually increase or decrease the dosage based on your response. Above all, don’t expect yohimbine HCL to be a miracle drug; it won’t melt fat away overnight, and it won’t be a substitute for medications like Viagra®.

Is Yohimbine a safe supplement to take and can it be combined with other supplements?

Yohimbine is a safe supplement for increasing your metabolism and burning body fat when used in moderate amounts in otherwise healthy people. Increased anxiety, blood pressure, and cortisol levels are the three most common side effects associated with yohimbine consumption.

If you experience any of these side effects, reduce your dose or stop taking yohimbine completely. Increased heart rate, headache, dizziness, nausea, vomiting, tremors, or sleeplessness are all possible side effects.

Yohimbine should be consumed on a regular basis. If you’re otherwise healthy, don’t let these cautions deter you from trying yohimbine; it could be exactly what you need to lose that stubborn body fat or improve your performance in the bedroom.

A Closer Look at Yohimbine’s Advantages

Yohimbine is primarily used to improve male erectile function and increase lipolysis, the body’s breakdown of fats and release of fatty acids. Yohimbine is a powerful stimulant that can also help to increase the chemicals in the blood that control flight or flight.

Twenty professional soccer players took 10mg of yohimbine HCL or placebo (cellulose tablets) twice a day for 21 days. Yohimbine had no effect on muscle mass or exercise performance, but it did reduce total fat mass and thus body fat percentage significantly when compared to placebo.

When compared to the placebo group, those who took yohimbine lost nearly 30% more fat and had a 31% lower body fat percentage. A twice-daily dose of 10mg Yohimbine HCL had no negative side effects in either group. These findings suggest that yohimbine’s potent fat-burning properties extend to even the most seasoned athletes with already low body fat levels.

The speed and intensity of your fight-or-flight response appear to be significantly improved when you consume acute yohimbine. The sympathetic nervous system is activated during this response, releasing norepinephrine, also known as the adrenaline hormone, into the bloodstream.

When in this state, most people notice dilated pupils, elevated blood pressure, and a faster heart rate. While this response isn’t ideal in every situation, it can be useful when quick decisions and action are required.

The release of norepinephrine from sympathetic nerves and epinephrine from the adrenals into the blood is significantly increased when 20 to 40 milligrams of yohimbine is taken orally.

For eight weeks, 86 subjects were given either 30mg of yohimbine HCL split into three doses or placebo in a double-blind placebo-controlled study. Halfway through and at the end of the study, researchers assess both subjective and objective criteria.

During sexual intercourse, yohimbine significantly increased subjective measures of sexual desire, sexual satisfaction, frequency of sexual contacts, and erection quality. Each subject was also given a sleep test, and the researchers discovered that yohimbine increased the rigidity of erections while sleeping. Yohimbine appears to help with both the physical and psychological aspects of ED.

Yohimbine at a dose of 0.4 mg/kg increased norepinephrine levels in the blood, blood pressure, and heart rate, as well as impulsive response rates, according to a study of 23 people. The number of impulsive errors, response biases, and reaction times on an immediate memory task are used to calculate these response rates.

The majority of human studies to date have looked at the effects of oral yohimbine on male erectile dysfunction (ED). Yohimbine is significantly more effective than placebo in treating ED, according to a meta-analysis of seven randomized, placebo-controlled trials. [11] Yohimbine was not compared to prescription medications like Viagra®, which are used to treat erectile dysfunction.

For eight weeks, 86 subjects were given either 30mg of yohimbine HCL split into three doses or placebo in a double-blind placebo-controlled study. Halfway through and at the end of the study, researchers assess both subjective and objective criteria.

During sexual intercourse, yohimbine significantly increased subjective measures of sexual desire, sexual satisfaction, frequency of sexual contacts, and erection quality. Each subject was also given a sleep test, and the researchers discovered that yohimbine increased the rigidity of erections while sleeping.Yohimbine appears to help with both the physical and psychological aspects of ED.

A study of 22 men found that a daily dose of 100mg of yohimbine for 30 days did not improve penile rigidity significantly. Three subjects had a significant increase in penile rigidity, while the other twelve had a partial increase. These findings do not rule out the use of yohimbine to treat erectile dysfunction completely, but they do suggest that the compound’s effects, even at very high doses, will produce a wide range of responses in a similar population.

The final study we’ll look at in this article took a unique approach by administering 7.7 milligrams of yohimbine tartrate and 6 grams of L-arginine glutamate to 16 healthy male subjects and comparing it to a placebo. Each subject was randomly assigned to consume the placebo one week and the novel compound the next week, depending on their group.

If You Want To Buy The Best Yohimbine Supplement From Here