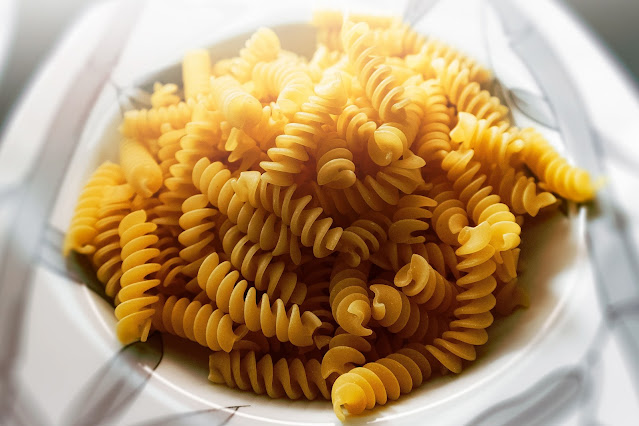 8 Signs You’re Eating Too Many Carbohydrates

Carbohydrates have gotten a bad rap among dieters ever since low-carb diets like Atkins became popular in the early 2000s. Previously, simple carbohydrates served as the foundation of the now-outdated food pyramid. At the time, diet experts advised that bread, cereal, rice, and pasta should make up the majority of your diet, accounting for six to eleven servings per day—far more than the recommended servings of the fruit and vegetable groups combined.

Carbohydrate-heavy favorites like bread, pasta, cereal, and rice are frequently blamed for our collectively rising rates of heart disease, obesity, and insulin resistance.

However, not all carbs are bad for you, and a lack of carbs can cause unpleasant symptoms such as headaches, GI irregularity, and fatigue. On the other hand, just because your body requires carbs to function doesn’t mean you can go carb-crazy all day, every day.

How many carbs should you consume per day?

“The Dietary Guidelines for Americans recommend that carbohydrates make up 45 to 65 percent of your total daily calories,” says Erin Palinski-Wade, RD, CDE, author of Belly Fat Diet For Dummies from New Jersey. “On a 2,000-calorie diet, that translates to 225 to 325 grams of carbohydrates per day.”

Slow-digesting carbs such as 100 percent whole wheat bread, steel-cut oats, beans, lentils, and whole fruits and vegetables should be consumed by everyone. In addition, fast-digesting carbohydrates such as sugary cereal, white bread, white rice, and processed snacks should be avoided.

“It’s best to get your carbohydrates from whole foods rather than added sugars like cane sugar,” says Amy Gorin, MS, RDN, a registered dietitian in New York City. “Added sugar calories should not account for more than 10% of total daily calories.”

How to Tell if You’re Eating Too Much Carbohydrate

How can you tell if your carb balance is out of whack because finding the right ratio is difficult? Here are eight warning signs that you’ve been eating too many simple carbohydrates.

Are you noticing that the numbers on the scale are steadily rising, despite your efforts on the treadmill? Or perhaps the figures aren’t rising… They’re not exactly falling, but they’re also not rising. You’ve reached a stalemate in your weight loss efforts.

One reason you might be having trouble losing weight is that you’re eating too many simple carbs and, as a result, too many calories. The reason for this is that simple carbohydrate foods have a higher calorie density than complex carbohydrate foods. One cup of cooked rice, for example, has about 170 calories and 37 grams of carbs, whereas one cup of cooked carrots has only 55 calories and 13 grams of carbs. Furthermore, carrots contain 5 grams of fiber, a nutrient that will help you stay fuller for longer.

Never underestimate the weight-loss-defying power of simple sugars, which are found in fast-digesting carbohydrates. “Research has found that diets high in added sugars are associated with wider waistlines and higher levels of visceral fat (also known as belly fat), the dangerous fat that can increase insulin resistance and the risk of type 2 diabetes,” Palinski-Wade says.

A surge of energy

You might feel great after chowing down on a big bowl of pasta, but it won’t last long. According to the American Heart Association, when your body digests a simple carbohydrate, it releases a large amount of glucose into your bloodstream quickly. This provides you with a temporary burst of energy. What happens next is essentially a sugar crash, leaving you feeling less energized than before you ate.

Have you ever talked to someone who has given up sugar? They can’t even look at a candy bar or a can of soda the same way after a few weeks. Because sugar causes your brain to release dopamine, an addictive feel-good hormone, the more sugar you eat, the more dopamine you crave.

It’s both an addiction and actual science: A 2018 Frontiers in Psychology review compared sugar addiction to drug addiction, describing it as a “habit” that has contributed to our obesity epidemic.

Breakouts on the skin

You had acne as a teen, so why do you have it now? For years, researchers have studied the relationship between acne and diet, and many have concluded that a high glycemic diet (i.e. one high in refined carbs) may be the source of recurring skin breakouts.

Researchers discovered a link between moderate to severe acne and consumption of added sugar, dairy, and saturated fat among young adult males and females in a self-reported 2014 study published in the Journal of the Academy of Nutrition and Dietetics.

You need fiber to keep your digestive system running smoothly, but if you eat a lot of simple carbs, you won’t get enough fiber to get the job done. Hello, constipation and a lack of gut motility!

Excess carbohydrates can also cause bloating: According to Palinski-Wade, carbs tend to retain water, which is why many people lose a lot of “water weight” when they begin a low-carb diet.

“Eating a consistent amount of healthy carbs will not typically result in excessive water retention, but eating a large amount of white flour and simple sugars, especially late in the evening, can result in increased bloat and water retention the next day,” says the study.

“Excess sugar consumption can cause inflammation in your body, as well as damage to your artery walls and an increased risk of heart disease,” Gorin explains.

The more high-glycemic foods you eat, the higher your insulin levels and LDL (or low-density lipoprotein) cholesterol will be (and LDL is a major risk factor for developing heart disease). A 2010 study published in the Journal of the American College of Cardiology exemplifies the link: When 15,000 Dutch women aged 49 to 70 were studied, researchers discovered that a high glycemic diet was linked to an increased risk of cardiovascular disease, especially if the women were overweight.

Raise your hand if your mother ever warned you about sugar’s tooth-destroying effects (we did!). It turns out she wasn’t just trying to curb your lollipop addiction: people who eat more sugar have more cavities.

A 2016 study published in the journal Advances in Nutrition reviewed evidence from studies and the World Health Organization and concluded that limiting sugar could reduce, but not eliminate, the risk of cavities.

What does all of this have to do with carbohydrates? So, by now, you’ve probably realized that simple carbs aren’t all that different from sugar in terms of how they affect the body. Carbohydrates, particularly starchy carbs, feed the cavity-causing bacteria in your mouth. Thoughts for the day (pun intended!).

Fog in the mind

We frequently think of food as fuel for our bodies, but we forget that what we eat also fuels our brains. In recent years, some researchers have investigated the link between low-carb diets and mental acuity, particularly in people with dementia and Alzheimer’s disease.

According to a 2020 study published in the journal PNAS, as we age, our brains become less adept at using glucose for fuel. As a result, the body must use a different type of fuel for brain function. Participants in the study who followed a low-carb, ketone-burning diet or took a ketone supplement had more stable levels of brain activity than those who followed a more traditional diet that burned glucose.

That is one long-term effect of eating too many carbs; in the short term, we know that refined carbs cause bursts of energy followed by steep crashes, which can lead to feelings of mental sluggishness or fogginess. A low-carb diet may improve your memory and set you up for future brain health.