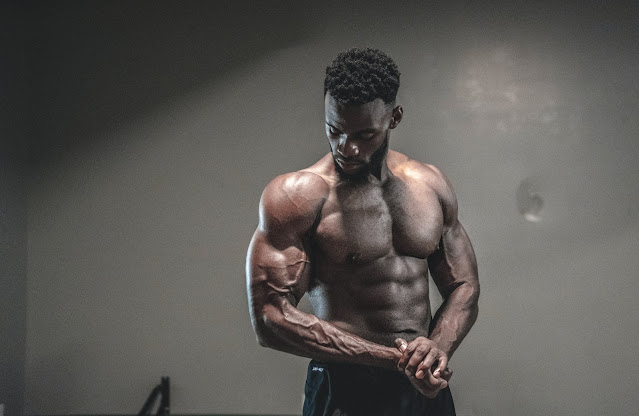 GABA is used by many strength training athletes for bodybuilding purposes such as increasing lean muscle mass, decreasing fat stores, and naturally stimulating the synthesis of human growth hormone (HGH). GABA is an abbreviation for gamma-butyric acid, which is a non-proteinogenic amino acid (one that is not used to make proteins) that is primarily used to facilitate efficient neurotransmission.

GABA, as a CNS and brain depressant, calms the brain and promotes relaxation. GABA is an inhibitory neurotransmitter that acts as a sedative and regulates over-excitement in the brain. A GABA deficiency can result in a variety of negative health effects, including inability to sleep, heal, and/or recover. Athletes use GABA supplements for bodybuilding to help them achieve their training goals faster and to promote muscle recovery and growth.

What is the best way for bodybuilders to take GABA, and are there any side effects?

GABA for Muscle Growth and Growth Hormone Synthesis One of the main reasons bodybuilders take GABA is to safely increase HGH levels. Increased human growth hormone release promotes growth, cell reproduction, and repair. Growth hormone is secreted by the pituitary gland and is influenced by physical activity, diet, and sleep quality. It has an anabolic effect in the body once released and is responsible for height growth in children and adolescents.

HGH will not cause height growth in older people because the growth plates in the bones have closed. This hormone, on the other hand, increases calcium retention in the bones and strengthens them. It also promotes increased protein synthesis, muscle mass, immune function stimulation, and fat burning. Taking GABA to boost HGH levels can cause a slew of positive changes in the body that are advantageous to bodybuilders and athletes.

According to some studies, using GABA for bodybuilding causes an increase in human growth hormone. When taken right before strenuous bodybuilding workouts, daily 3 gram doses of gamma-butyric acid powder have been shown to elevate HGH levels.

HGH levels did not increase following GABA intake in study participants who did not exercise. GABA cannot cross the protective membrane that separates the bloodstream from brain tissue (blood-brain barrier) to a large extent under normal conditions. However, it appears that GABA may be able to cross more easily.

GABA use for bodybuilding has an effect on glucose synthesis and utilization. When taken orally, gamma-butyric acid stimulates the pancreas to secrete more insulin, increasing glucose absorption into the cells.

Higher insulin levels can lead to an increase in athletic performance if glucose utilization in the muscles improves. This has an immediate impact on other conditions such as hyperinsulinemia and metabolic syndrome (prediabetes). GABA has been suggested as a possible vehicle for improving blood glucose control.

According to the most recent research from the University of Gainesville and the American College of Sports Medicine, gamma-butyric acid supplementation was shown to significantly increase HGH levels when compared to the effects of a placebo.

Seven male bodybuilders between the ages of 21 and 28 were tracked in this study. It was discovered that taking 3 grams of GABA daily resulted in significant increases in HGH synthesis.

All GABA and placebo agents were presented in capsule form and appeared to be identical.

In trials that included exercise sessions, each subject performed one set to the point of muscle failure with a weight that was 70 percent of their one-rep maximum. Several sessions were observed. Before, during, and after resistance training sessions, blood samples were taken every fifteen minutes.

According to this study, when gamma-butyric acid is taken before workouts, an anabolic state is created and maintained even after the workout is completed. Bodybuilders who took GABA pills saw significant improvements in lean muscle growth and recovery times between workouts.

The research on using GABA for bodybuilding is very promising, but more research is required. GABA is only available as a dietary supplement at this time, and the FDA has not approved it as a drug to prevent or treat any conditions.

Is it safe to use GABA for bodybuilding?

GABA is produced by the body for a variety of biological and psychological functions, and it is well tolerated. GABA supplementation has few side effects when used in low doses for short periods of time. However, there are some potential interactions with prescription medications and herbal agents.

GABA interacts specifically with benzodiazepine drugs and many other anxiety medications that act on GABAergic pathways. Using GABA for bodybuilding or other purposes has been rated as Likely Safe by the Natural Medicines database for periods of up to twelve weeks. After that, it’s usually a good idea to take a few weeks off before getting back on the bike.

Bodybuilders Can Benefit From GABA

GABA supplementation for bodybuilding may be advantageous for competitive strength training athletes. Using HGH or other anabolic agents is prohibited in competitive bodybuilding and other sports. HGH levels naturally increase when gamma-butyric acid is supplemented, eliminating the possibility of disqualification due to illegal doping substances in the blood.

GABA is a natural substance that has been shown to increase lean muscle development, decrease fat storage through increased lipid metabolism, and shorten recovery times between workouts.

You can buy from here GABA Supplement