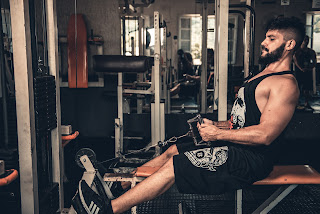 Supplementation is always brought up in discussions about nutrition for athletes and bodybuilders. Whey protein, creatine, and anabolic steroids are the first supplements that come to mind. Because of the risk of side effects, you, like many other fitness enthusiasts, may be hesitant to use steroids and other pharmaceutical products.

So where does this leave you? If you didn’t know, there are a variety of Ayurvedic herbs for muscle growth that can help you get the most out of your workouts.

You’ve probably heard of ashwagandha before, whether or not you’re familiar with natural muscle growth supplements. Ashwagandha is the most popular of all Ayurvedic herbs, and it’s frequently found in men’s health supplements and natural alternatives to synthetic supplements.

Ashwagandha is an Ayurvedic herb that is considered to be one of the most potent rasayana (rejuvenator) herbs in Ayurveda. It is well-known for promoting health and longevity, as well as rejuvenating the body.

The herb has been shown to promote improvements in performance, strength, and cardiorespiratory function, and has been extensively researched for its therapeutic potential. Learn more!

Another Ayurvedic herb for muscle growth is shatavari, which is classified as a rasayana or rejuvenative. Shatavari is a natural muscle growth supplement that has a positive effect on energy levels and strength. It is commonly used in reproductive health formulas.

High levels of the amino acid asparagine can help with protein synthesis, and steroidal sapoins in the herb are known to raise testosterone levels. Learn more!

Eleuthero, like ashwagandha, is a type of ginseng that comes from Siberia. It’s akin to its Ayurvedic sibling. This herb is an adaptogen, which means it reduces stress and boosts athletic performance. This is because studies have shown that increasing VO2 max levels and endurance improves performance.

Eleuthero may also aid performance by reducing recovery time by aiding in the breakdown of lactic acid, which builds up during workouts and causes muscle soreness. Learn more!

Guarana, an Amazonian exotic herb, is known for its high caffeine content, which is used to combat fatigue and increase alertness.
Guarana’s caffeine is released slowly, which distinguishes it from coffee. This means it acts as a consistent and long-lasting stimulant, which is why it’s now found in some sports nutraceuticals. The herb is said to improve athletic performance by increasing fat burning and increasing energy levels. Learn more!

Most naturopaths are familiar with echinacea, which is widely used in traditional medicine to boost immunity and treat minor infections. According to more recent research, the herb may also aid in athletic endurance, making it a valuable natural supplement for athletes.